Subtotal
£0.00
Proceed to Secure Checkout
Or, Continue Shopping
Close Menu
Here's to a year full of joy and knitting! 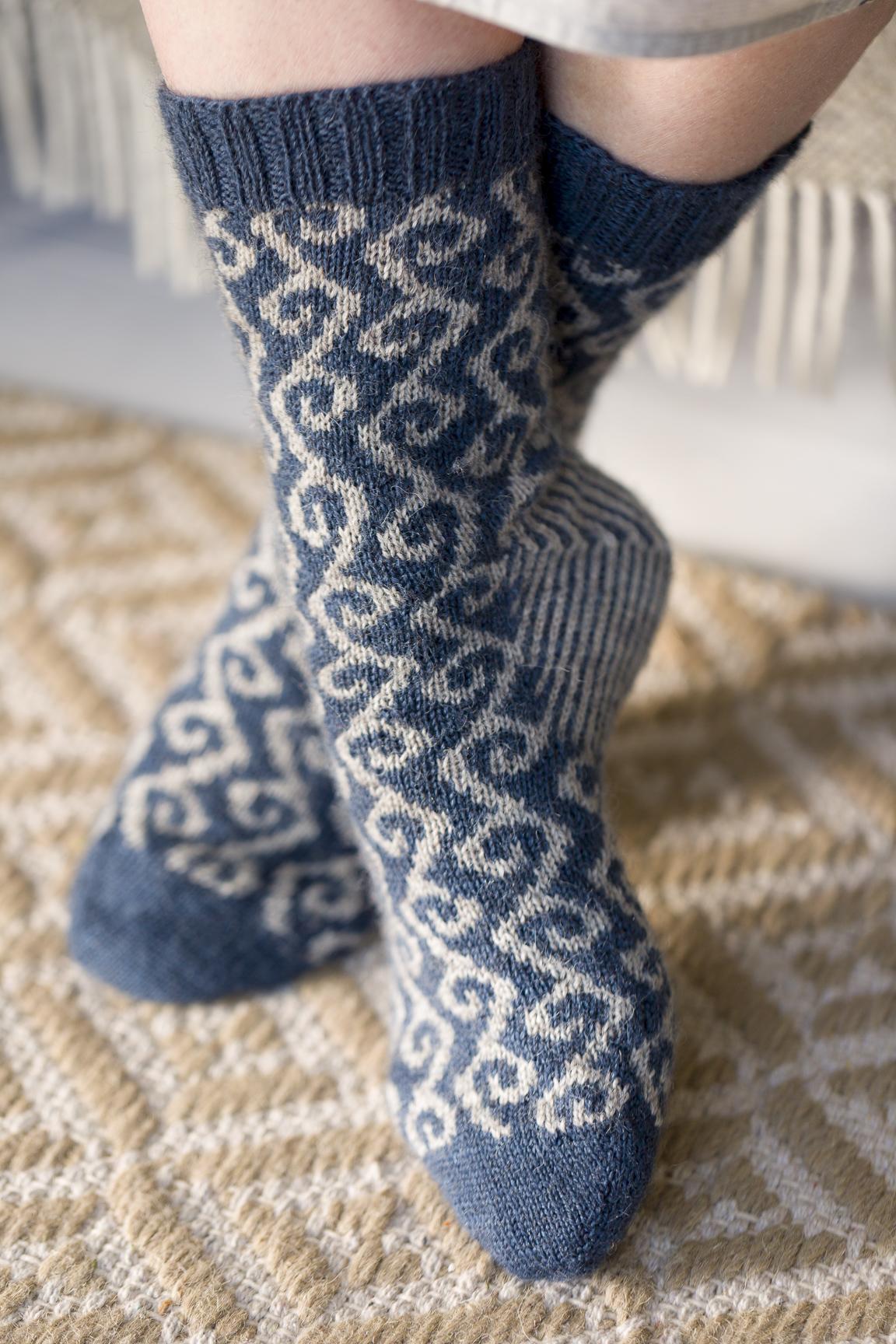 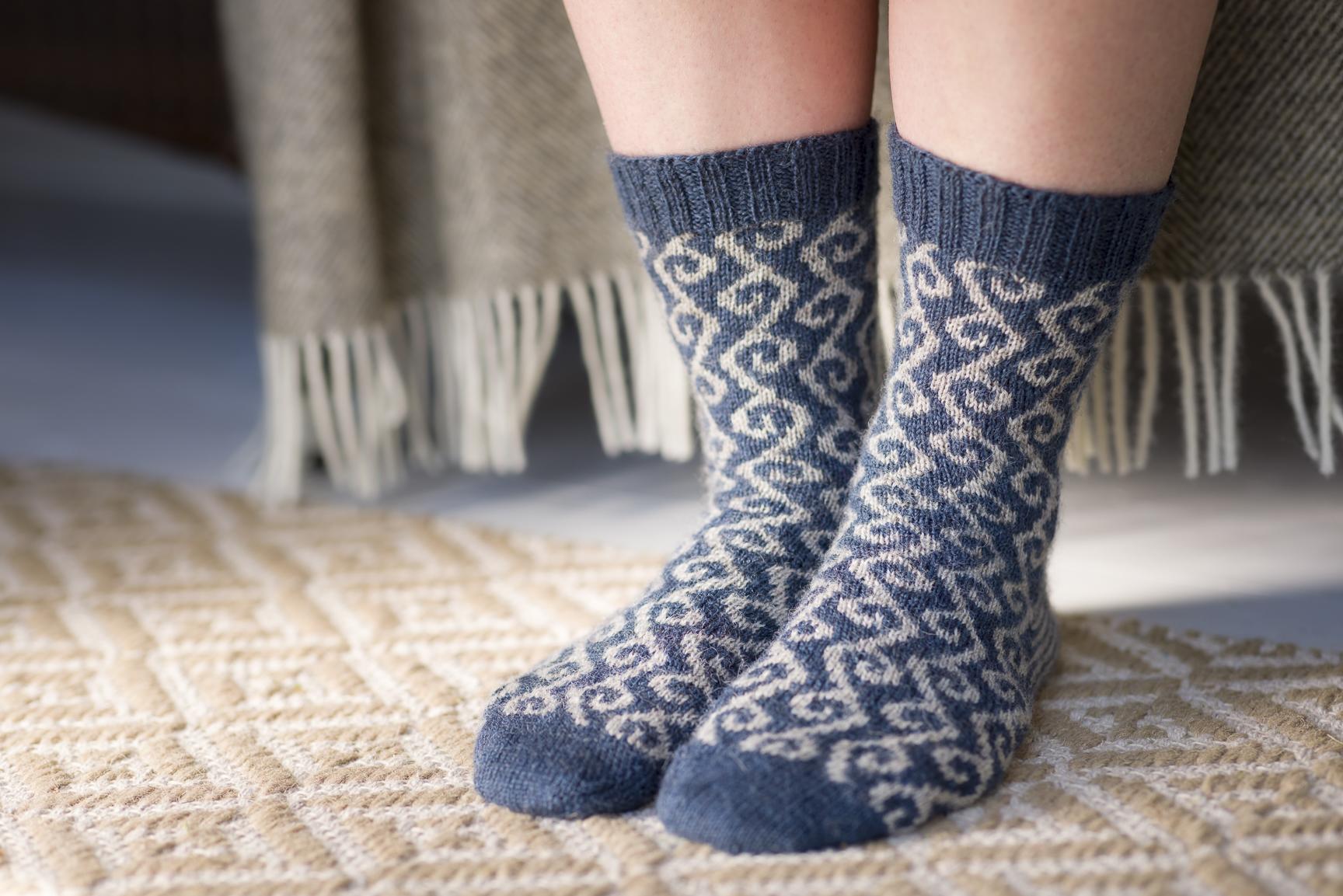 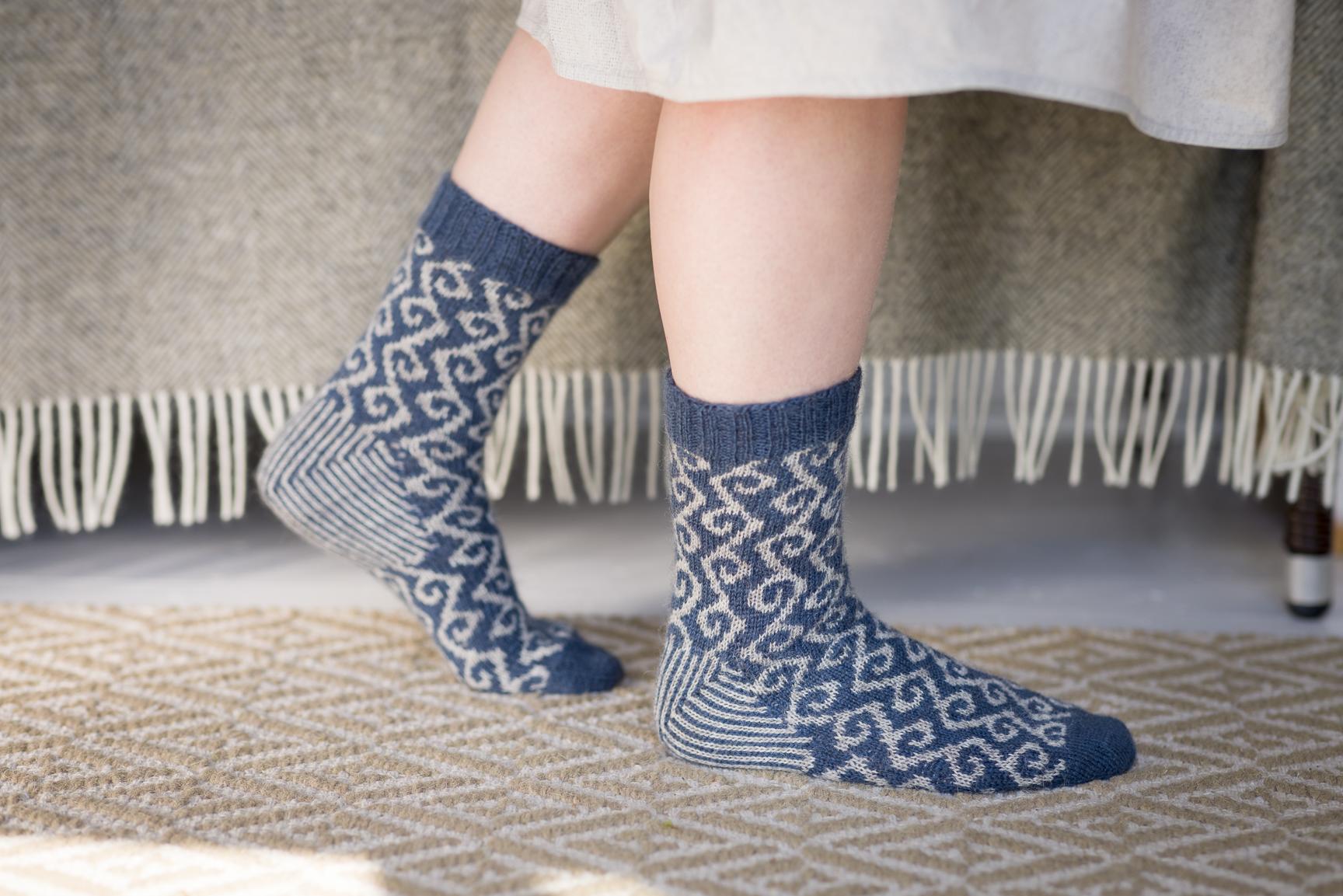 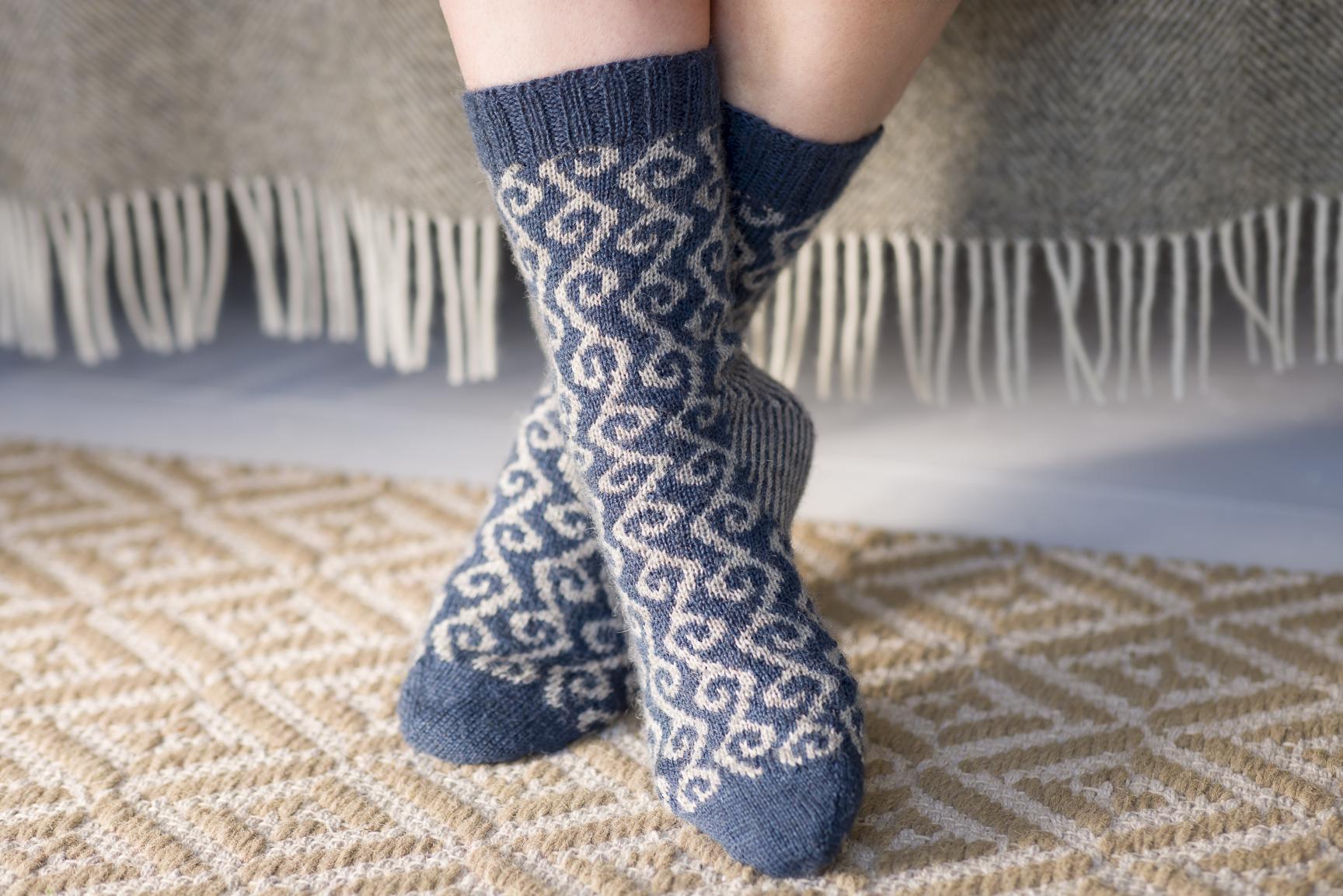 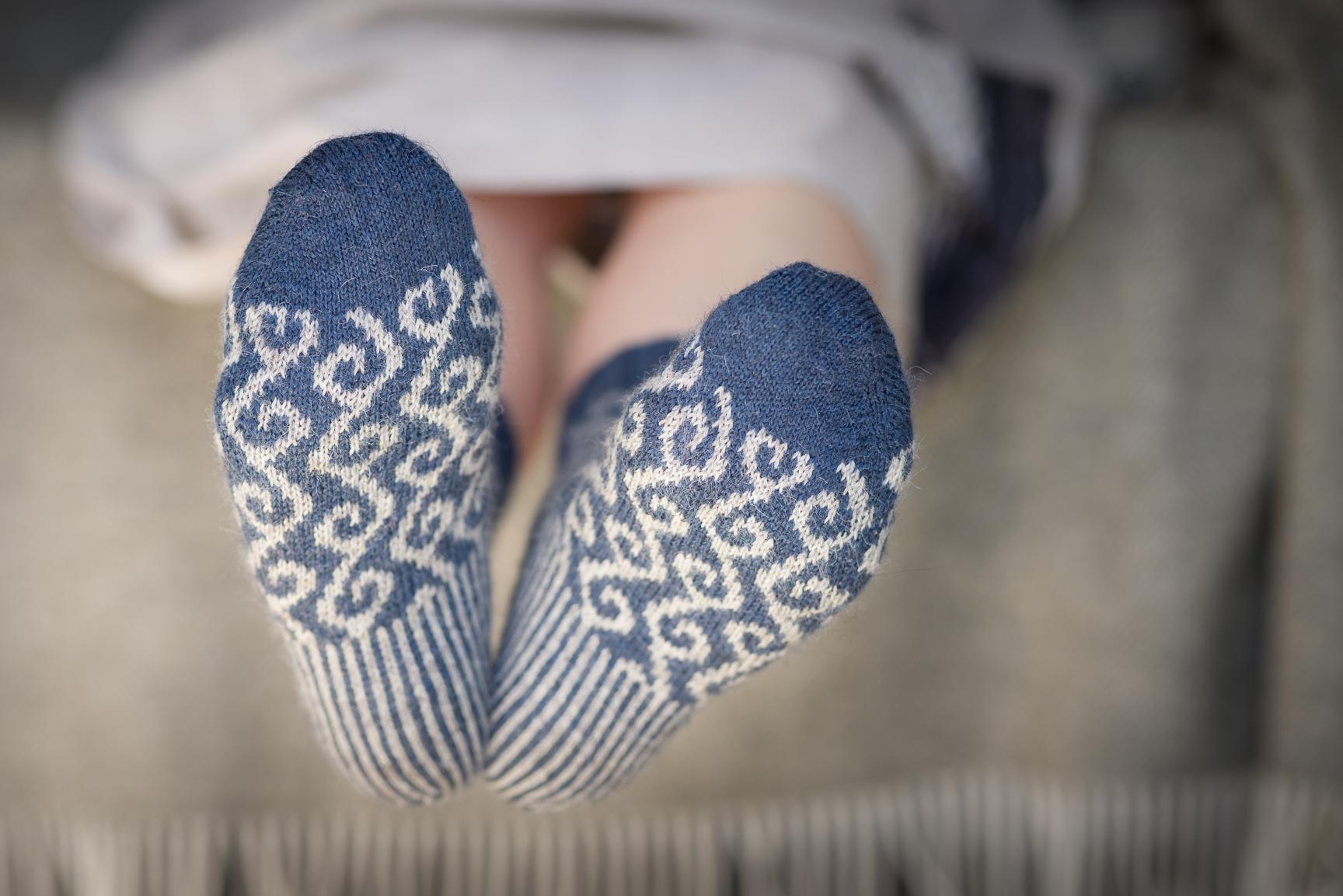 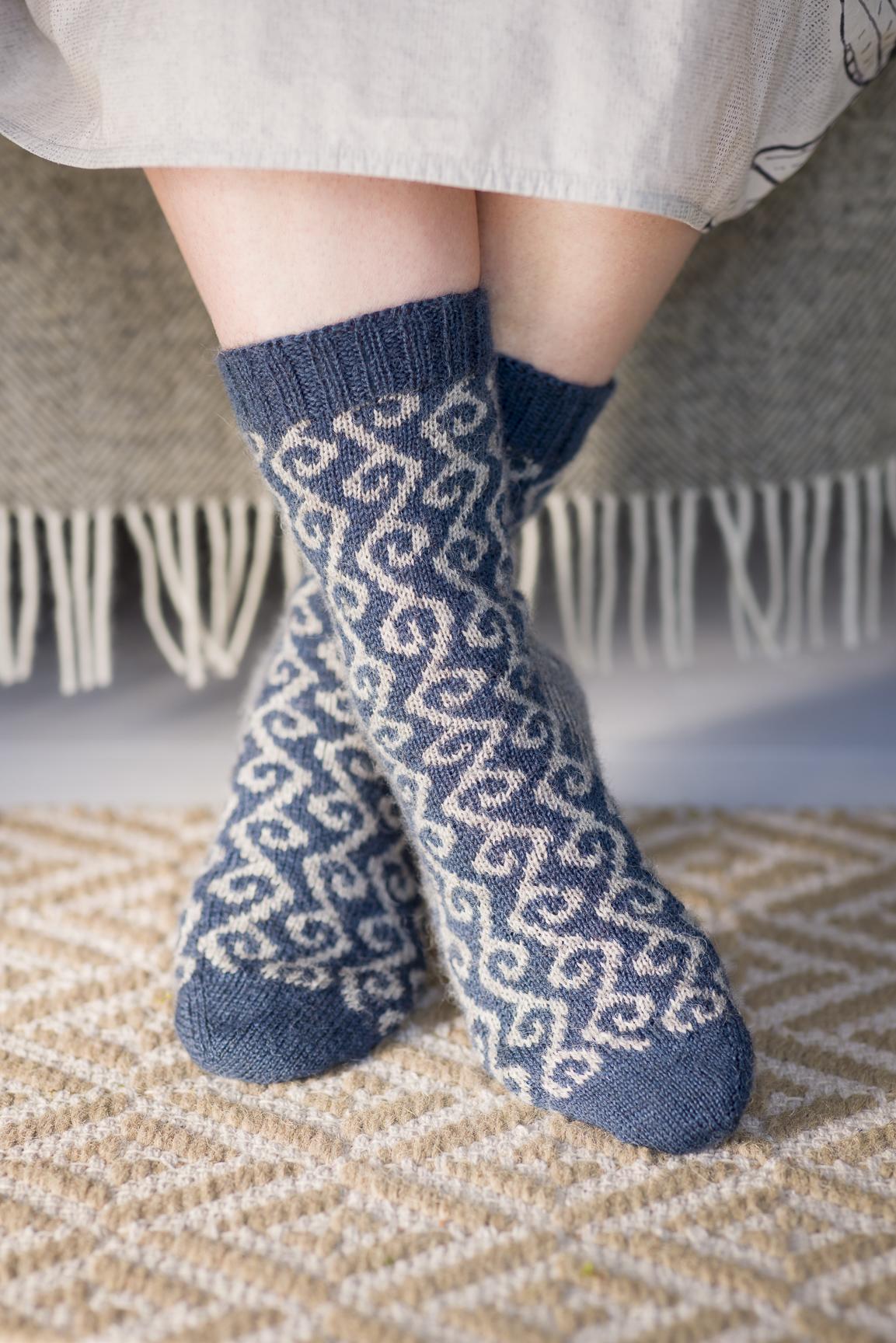 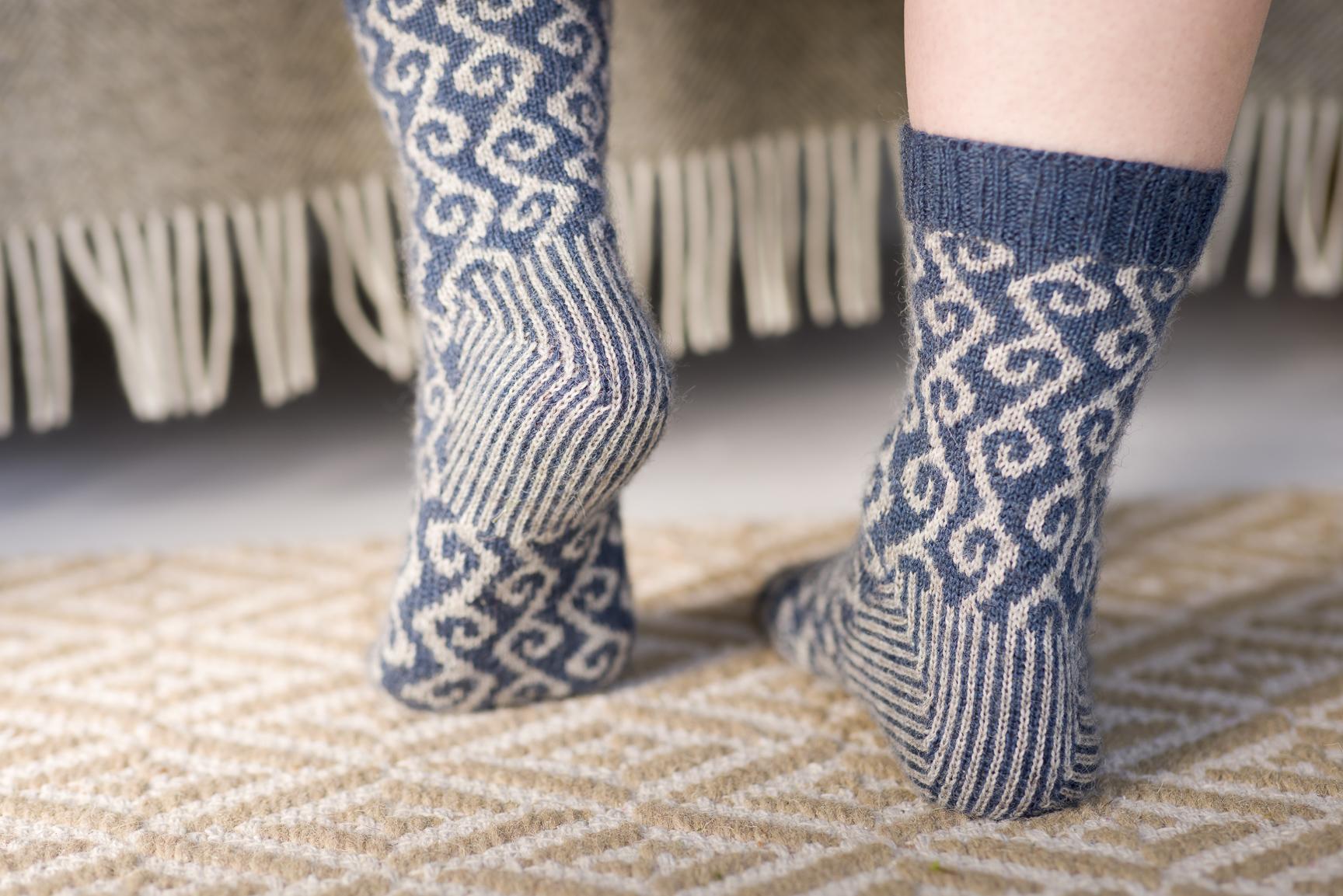 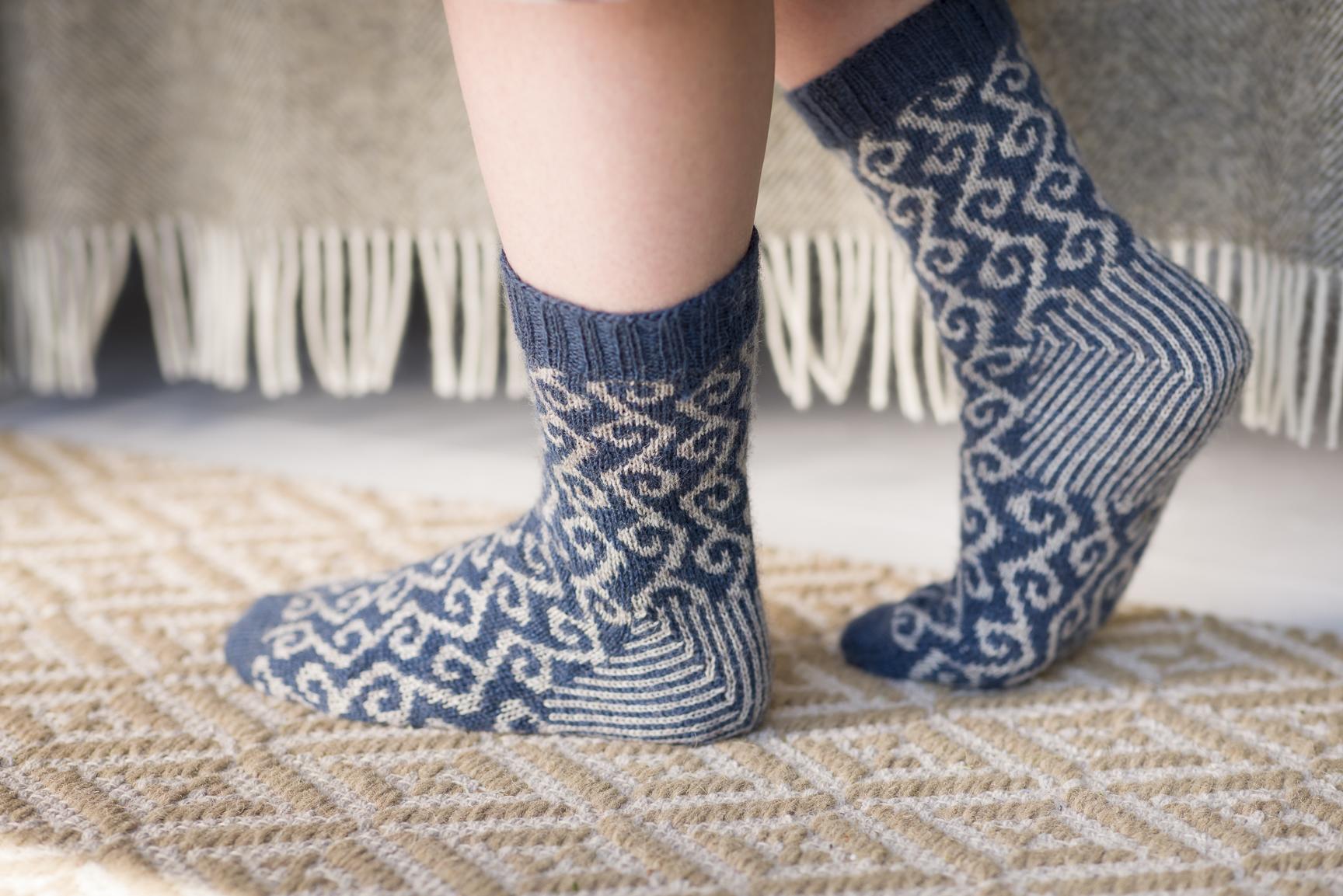 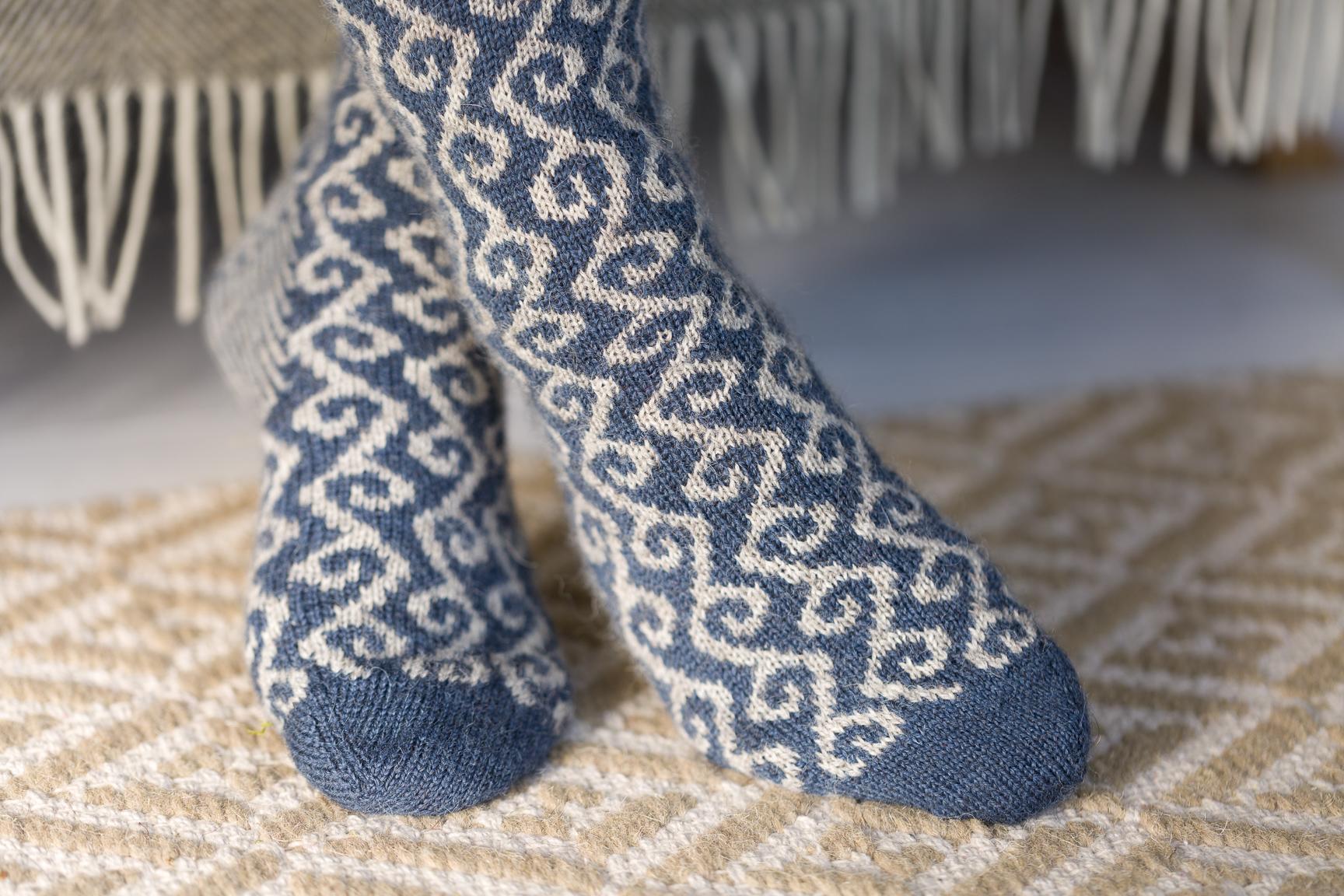 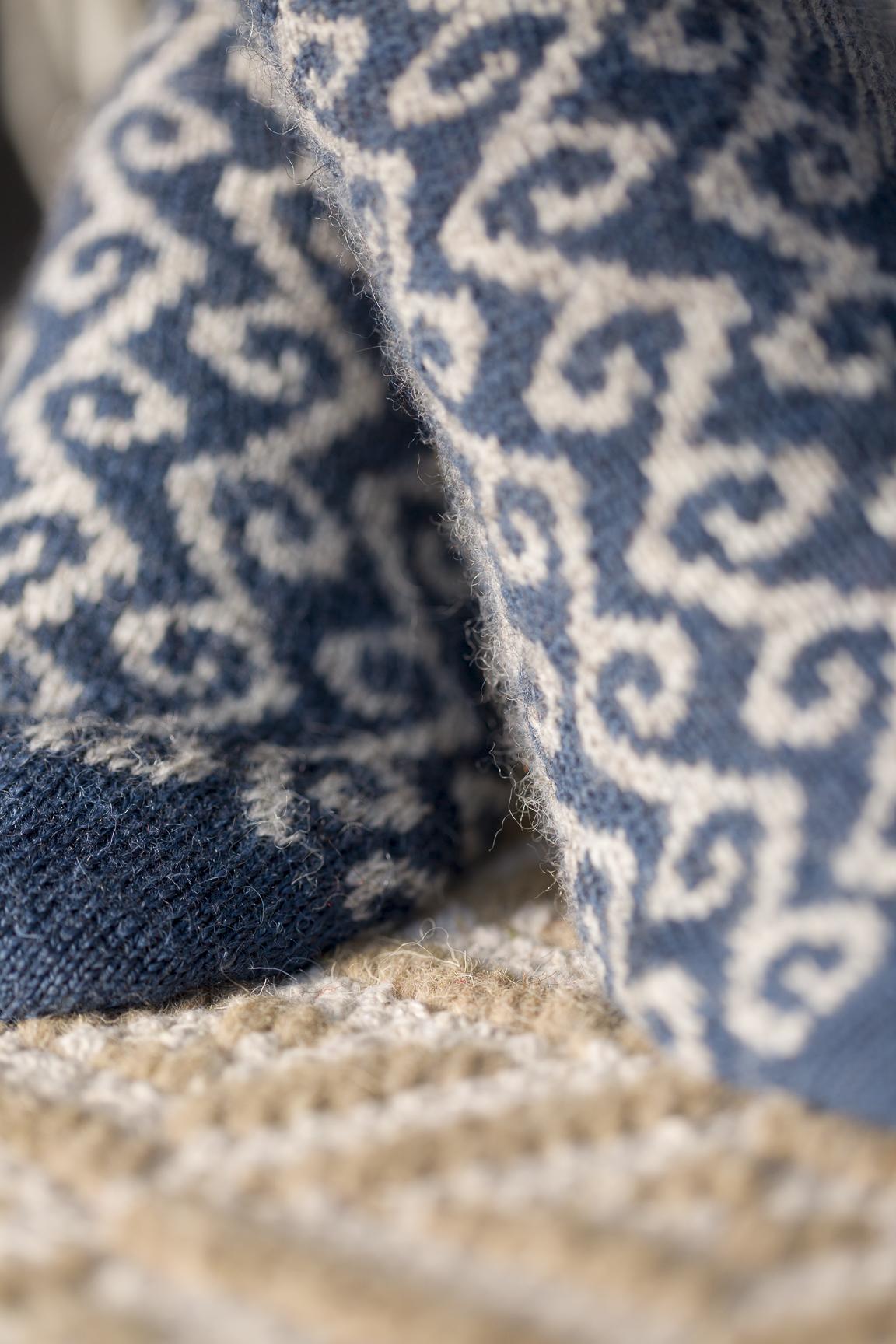 A pair of bold blue socks to celebrate the poet, essayist and early historian of the United States, whose political arguments were influential in the constitutional enshrining of a bill of rights. The motif I have chosen - of a twisted vine - recalls one of the most often-repeated Biblical verses in Warren's correspondence (as well as that of many of her contemporaries) during the years of the American revolutionary war:  "and they shall sit each under their own vine and fig tree, with none to make them afraid." Micah 4:4

This is the fourth pattern in our Bluestocking club, in which we explore the lives and work of eighteenth-century women writers - while knitting our own socks and stockings, in John Arbon's wonderfully woolly Exmoor sock yarn.

Grateful thanks to Nicole Pohl, to the KDD bluestocking team, and Gill, whose legs and feet are depicted here

QuhirlA simple encircling headband with a braided appearance. Quhirl is an old Scots word applied to many circular things, from millstones to spindle...
£3.98
View details
ADD TO BASKET

BieldyAn old Scots word for cosy or sheltered is a fitting name for a pair of colourwork slippers with which to warm your feet on cold winter evenings...
£4.98
View details
ADD TO BASKET

Lord of the Isles kilt hose (kit or download)

Lord of the Isles kilt hose (kit or download)

Lord of the Isles Every kilt looks that wee bit smarter when accompanied by a sleek pair of hand-knitted hose. This pattern features a simple, sinuous...
£4.98
View details
ADD TO BASKET

Green Shoots MittensA jolly pair of mittens, to keep your hands warm in the last months of winter - while you look forward to brighter days ahead.Patt...
£4.98
View details
ADD TO BASKET

Sarah Scott (anklet)This is the seventh pattern in our Bluestocking club, in which we explore the lives and work of eighteenth-century women writers -...
£18.00
View details
ADD TO BASKET

GruggleA cosy cowl, with a funnel shape and a geometric allover pattern. In old Scots, a gruggle is an angle or a corner.  This two-skein design is p...
£4.98
View details
ADD TO BASKET

Brilliant CornersBrilliant Corners is a tune by Theolonius Monk with a ternary (three-part) structure.  Like Monk’s intriguing composition, the three-...
£4.98
View details
ADD TO BASKET